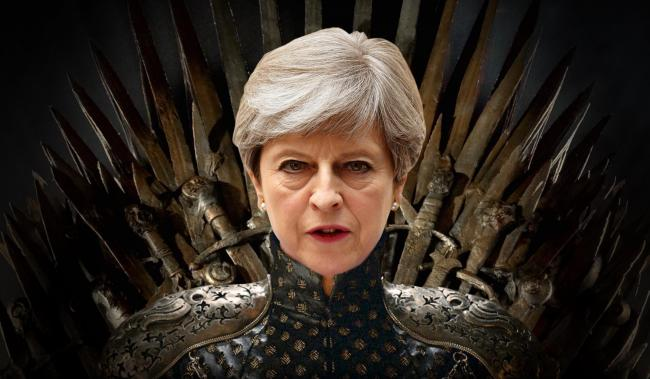 Theresa May has ignored Scotland throughout the whole Brexit process, and excluding The National in this way simply underlines how she is running scared of answering tough questions.

The stuff about Theresa May “running scared” of difficult questions makes for great political rhetoric. But, as I’m sure the First Minister is well aware, it doesn’t quite reflect the reality.

Theresa May is not afraid of tough questions, for two reasons. Firstly, as a professional politician, she is trained to deal with hard interrogation. And, as the British Prime Minister, she has a small army of advisers whose task it is to ensure she is thoroughly briefed and equipped with well-rehearsed responses for any question.

This, incidentally, is how she will deal with Jeremy Corbyn in the proposed TV .debate’. She will be armed with a sword of stock phrases and a shield of glittering generalities. Corbyn will have nothing but a water-pistol loaded with vacuous slogans and the Pac-A-Mac of his self-righteousness.

Then there’s the arrogance. I have not the slightest doubt that Theresa May considers herself an excellent orator and debater. Again, she has a small army of people around her whose jobs rely on assuring their charge of her shining brilliance after every performance – no matter how dire that performance may have been. May, like most senior British politicians, exists in a bubble of near-adulation that shields her from both criticism and reality. She is entirely oblivious to the ineptitude that is clearly apparent to detached observers. And almost entirely unaware of how widely she is detested.

This conceit of herself makes her unafraid. The protective phalanx of minders makes her self-assured.

The significant point in the above quote is right at the start. When Nicola Sturgeon says “Theresa May has ignored Scotland throughout the whole Brexit process”, she hints at what is actually behind decision to exclude The National from her press event. The British establishment has discovered the power of ignoring.

We exist in a world of media. We swim in a sea mediated messages. If something isn’t trending on Twitter or the subject of Facebook fury, it barely exists. If it doesn’t warrant a mention in the crowded 15-20 minute space of rolling news, then it isn’t happening. If it isn’t being talked about by the Andrews Marr and Neil, it just isn’t important.

The British establishment has deployed the ignoring strategy as one strand of its effort to diminish Scotland in the public consciousness. They denigrate our public services, delegitimise our democratic institutions and trivialise Scottish issues They aim to eradicate our distinctive political culture.. They seek to obliterate our national identity in a storm of unionjackery.

The National would seem an obvious target for this studied ignoring. May’s lackeys doubtless thought it in keeping with the ignoring agenda to exclude the paper which, almost uniquely, presents the news from a Scottish perspective. Very evidently, they got it wrong.

If you find these articles interesting please consider a small donation to help support this site and my other activities on behalf of Scotland’s independence campaign.